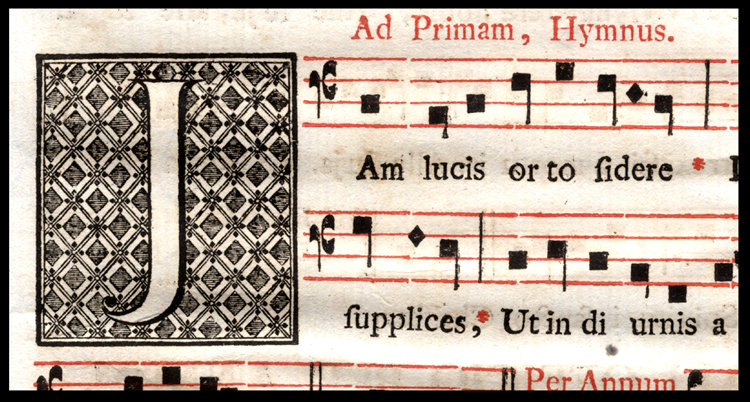 This month, our Senior Yard students started learning about music history, starting with the earliest evidence we have of humans making music! Many of us watched a short piece of Howard Goodall’s “The Story of Music” from the BBC. This miniseries is excellent, and I highly encourage you to CHECK IT OUT if you want a fun, easy to understand overview of music history. 🙂

Here’s a quick recap of what we’ve done so far:

Learned that the first evidence we have of music created by humans was found in the Chauvet Cave in southern France just a few years ago.  Scientists believe that the people who created these caves placed paintings at strategic points of resonance in the caves, so that when people sang, they could use a type of echo-location (sort of like bats) to figure out where in the maze of tunnels they were. 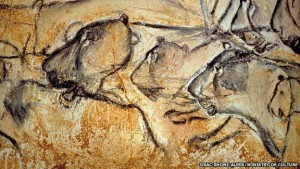 We know many ancient cultures had music and professional musicians, but we have NO IDEA what it sounded like because there was no system of musical notation yet. 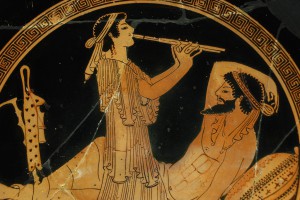 Musical notation as we know it was just starting to emerge in the Middle Ages in the Catholic church.  Here is an example of some of the earliest music we have today.  These symbols are collectively called “numes.” 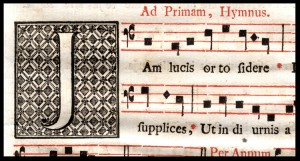 To illustrate just how difficult it was to not only come up with a notation system, but then to READ it, I had the students choose a well known children’s song, rewrite the words, create their own kind of numes, then swap papers with another group to see who could figure out the song.  We had a good laugh, and some of us actually succeeded in communicating the tune!

See if you can guess their tune! 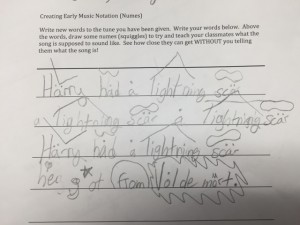 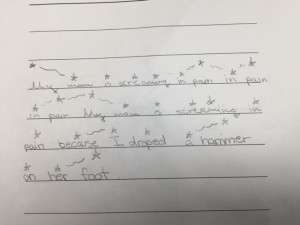 We have lots more fun to have with the music of this time period!